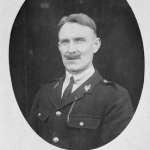 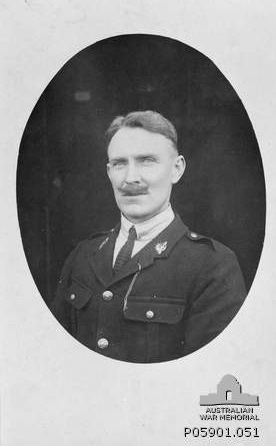 NOTE:- Witness was clear and quite reliable in all his information.  He was twice interviewed, the second time verifying his previous report .  In all cases L/CPL. Parsons was able to supply the rank, number or initial of the missing man.  He gave most of the information from memory.  He feared to raise suspicion by attempting to compile a complete list  from his fellow captives.  Naturally he only knew a small percentage of them, but his memory seemed excellent, and he was most anxious to supply all possible particulars.  I understand a full report of L/CPL. Parsons and L/CPL Stewart’s experience has been sent  to Australia by Lieut. Col. Murdoch “.

4/07/1917-  Letter from Mrs. F. E. Young, 3 Hillpark Terrace, Wormit Dundee Scotland to Australian Red Cross London- ” I have just received from a relation, address enclosed, now a Prisoner of War in Germany, a letter asking for a parcel to be sent to him. Could you give information how I must proceed, and what things can be sent “.

25/01/1918- London- Extract from Letter dated 31/12/1917 said to be written by Prisoner ” Prisoner of War- Interred Scneidermuhl-  The delay in reply to letters was through illness.  As now out of Hospital again and hope soon to be quite my old self.  Pleased to say I am getting food parcels pretty regularly, though there has been some delay the past three weeks, no doubt caused by transport difficulties during the holidays.  Have received both Xmas parcels sent by the Battalion through you, we thoroughly appreciated their gift.  We had a very quiet Xmas ( especially as the majority of us had not received a parcel for 16 days previously ).  However we consoled ourselves by speaking of the good times we have had and the ones we are going to have.  We arranged a variety entertainment on Boxing Night which proved a great success.  Cpl. Skelly as “Gladys Cooper “, looked most charming and behaved in a most lady-like manner.  We have also arranged a Concert for tomorrow night ( New Years Night),  we have some talent in the Lager at present.  With few exceptions, the Boys are all well and looking forward to the exchange which is lately being so freely spoken of “.

6/05/1918- London- From Prisoner Letter dated 16/03/1918- ” Prisoner of War-  Interred Scneidermuhl- ‘ My health is keeping fairly good .  A few drops of good old Australian sun shine will soon set me up again.  My food parcels are quite up to date .  The exchange has reached this lager but has not affected the Australians yet, but we look forward to our turn “.