Next of Kin: Father - W M BLACK
Next of Kin Address: Cowcowing via Korrelocking, WA
Religion: Church of England 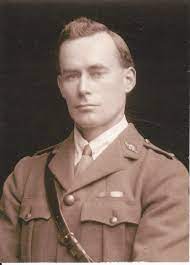 ” For conspicuous Gallantry in Action. He re-organized the left of the line and led them into the enemy’s trench. He showed marked skill with his Machine Guns, and later repaired and brought into action an enemy gun.
He set a splendid example of courage and determination throughout “

Soldier Allan Bennison BLACK had an older sister, Emily Conyngham BLACK, who enlisted for service in the First World War with the Australian Army Nursing Service.

She completed her Nurse Training at the Homeopathic Hospital in Hobart, Tasmania, prior to enlisting on 13 July, 1917.  Allan had been seriously wounded in France in September, 1916, and Emily became one of a number of Nurses who enlisted following the wounding or death of a close family member at the front.

Emily initially served at Alexandria, Egypt until April 1918, then posted to Salonika, where the conditions were appalling. Her Matron at the time, Jessie McHardie WHITE, wrote a biography  in which she stated ” Staff contended with poor living conditions, extremes of temperature, threats to their safety from marauders, and with flies, lice, malaria, dysentery and typhus “.

Emily BLACK spent many weeks at a time in Hospital, during her War Service, firstly with Dysentery in Alexandria, then with Malaria in Salonika.  A British Medical Board in Salonika found that her Malaria rendered her unfit for Service. She was subsequently invalided back to Australia, arriving in February 1919, before being discharged on 6 March, 1919.

After the War, Emily resumed Nursing, however her health was permanently impaired by her War Service. She re-united with an older sister, Ellen, and they jointly served  in running the boarding house at St Anne’s Church of England Girls Grammar School in Sale, Victoria until both women retired in 1950.

Following Ellen’s death in 1956, Emily returned to Western Australia to live with her other sister, Mary. Emily died in 1976 and is buried in the Anglican Section of the Karrakatta Cemetery in Perth, with her Father William and sister Mary.