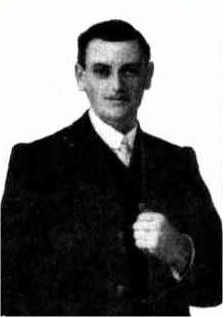 Alexander BARNETT enlisted for War Service at Blackboy Hill WA on 10th September 1914, being attached to the 12th Battalion.  His brother, Charles Barnett enlisted on the 6th March 1915, was posted to the 28th Battalion, and after service at Gallipoli, died on 30th May 1916, at the No. 2 Casualty Clearing Station near Bailleul France, from wounds received in Action.  Both soldiers had stated their Next of Kin to be Mrs. Maria Clarke of Victoria Street Bunbury.

Alexander  embarked from Fremantle on the troop ship ”  Medic ” , arriving in Alexandria Egypt in late November 1914. Once training was completed in Egypt, he departed with the Mediterranean Expeditionary Forces for the Gallipoli Peninsula on 16 April 1915.

The Army Service Record Files for Alexander  create confusion and uncertainty, when one tries to establish certainty re. circumstances and location  of his Death.  His file was initially noted  that he was wounded in action. The Army Death Certificate states Killed in Action Gallipoli 25th- 28th April 1915.  An additional note on his file states that Alexander was killed in action during the landing at Gallipoli, being Buried at Sea on 25th April 1915 ,from the HMS ” Norman “, ceremony conducted by Chaplain W.E.Dexter.

Additional correspondence between the Army and Mrs Clarke, which followed on from what appeared to be a swift end at the Gallipoli Landing, follow for your information:-

25th May 1915– Entry on Soldiers File– Admitted 1st Stationary Hospital Lemnos ( This entry later has line drawn through to delete ).

8th September 1915– Lettergram from Mrs. Clarke to Minister for Defence Melbourne– ” Could you give any information  my brother Alex BARNETT 884 12th Battalion received wire 16th June  notified being wounded can get nothing further “.

9th December 1915– Internal Army Memo- ” 2235 Cpl. TOOMER 11th Battalion 6th Reinforcements returned to Australia stating he definitely visited BARNETT  at Luna Park Hospital on 23rd July 1915 and was in conversation with BARNETT who he knew as an old acquaintance “.

2nd February 1916– Internal Memo from Defence Department Melbourne to Commanding Officer Australian Intermediate Base Depot Cairo Egypt– ”  The attached copy of a letter from No. 2235 Lance Corporal J.T.TOOMER, 11th Battalion, who returned to Australia per HMT ” Beltana ” on 13th October 1915, is forwarded for favour of investigation, in view of the statement contained therein, that he conversed with the late No. 884 Private A. BARNETT, 12th Battalion in Luna Park Hospital, on or about the 23rd July.
According to the cabled advice, which is confirmed by Army Form B.2090A, Private BARNETT was killed in action between 25th/28th April 1915.
Private BARNETT’S brother  ( 600- Cpl. Charles BARNETT, 28th Battalion )  wrote from Abbassia , dated 31st August 1915 stating- that he went to the Base and found out that he ( his brother ) was better and gone back to the Dardanelles again.
The matter is submitted in case a mistake has been made in respect to the date of death “.

30th March 1916–  Letter from AIF Headquarters Cairo Egypt to Secretary Department of Defence Melbourne- ” Referring to your memorandum of the 2nd ultimo , No. 39533, relative to the late No. 884 Private A. BARNETT , 12th Battalion , Australian Imperial Force, that there is not any record of this soldier being an inmate of any of the Military Hospitals. Information other than that he was killed in action between 25th and 28th April 1915, cannot be ascertained “.

6th October 1916– Letter from Mrs. Clarke to Defence Department Melbourne- ‘ Enquiring re. whereabouts of personal effects for both brothers who were Killed in Action “.

During this period of regular Correspondence, Mrs Clarke  must have been riding an emotional roller-coaster.  The later death of her brother, Charles, and false hope created by Army documentation , appear to be  triggers for her letter dated 6th October 1916.

There is a distinct possibility that Alexander was wounded in action at the Gallipoli Landing, then evacuted to Hospital in Alexandria via Lemnos.  The statement from Cpl. TOOMER and the advice received by brother, Charles BARNETT,  carry some weight in this regard. There was absolute confusion during this period, with a high death toll and many soldiers bodies never being located.

I suggest that the Burial at sea conducted by Chaplain W.E.Dexter, was not for Alexander BARNETT, who may well have returned to Gallipoli after recovering from his initial wounding, to be subsequently Killed in Action.

Who was the soldier buried at sea by Chaplain Dexter?

Would the Army have been so quick to dismiss Cpl. Toomer’s statement,  if the subject was a Commissioned Officer ? ”