The four (4 ) CURLEWIS Brothers from Bunbury and Brookton, WA were a unique set of Australian Brothers, who found themselves together at the Dawn Landing at Gallipoli on 25 April, 1915. Three of the men were with the 16th Battalion , whilst one was with the 12th Battalion, and they collectively survived the first week of carnage. The eldest Brother, George Campbell CURLEWIS, became the only survivor of the hostilities on the Gallipoli Peninsula. He was discharged in mid 1916, after being evacuated to Australia, suffering from the impact of Tuberculosis, which he had contracted at the front.

The CURLEWIS Family was devastated and decimated by the untimely loss of three favourite sons. The heavy impact of such tragic losses, weighed heavily on all close-knit South West Western Australian Communities of the generation. Parents, George Campbell Levason CURLEWIS and Lila May  CURLEWIS had lived in Victoria, with the boys being born in Queenscliff and Geelong, prior to re-locating to Western Australia. Individual  details for each of the Soldiers, in  Birth Year order  , are :- 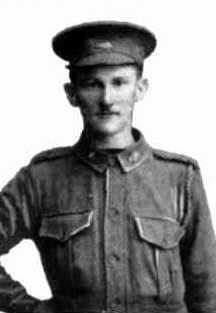 ( 1 ) – CURLEWIS,  George Campbell,  Second Lieutenant, S/N – 5,  – 16th Battalion.
George was born in 1891 and belonged to a Rifle Club in his developing years. He signed attestation forms for enlistment at Helena Vale Camp, WA on 8 September, 1914 and subsequently joined ” E ” Company of the 16th Battalion at Blackboy Hill Camp, WA on 8 October, 1914. His early display of prowess, saw quick promotion to the rank of Corporal on 6 November, 1914.

On 22 December, 1914, George embarked from Fremantle WA , aboard the troop ship ” Ceramic “, bound for the Port of Alexandria, Suez, Egypt. Once disembarked at Alexandria on 3 February, 1915, he was transferred to the Overseas Training Base in Egypt. On 12 April, 1915 George embarked on a troop ship, with the balance of the Mediterranean Expeditionary Forces, bound for the Gallipoli Peninsula.

George and his three brothers were then to take part in the historic Dawn Landing at Gallipoli on 25 April, 1915. He survived the horrors of the first week in battle, to then suffer a slight gunshot wound to the head, which he ignored, and remained at duty. On 10 May, 1915 George was recognized by promotion to the rank of Second Lieutenant, whilst in the field at Gallipoli.

On 28 August, 1915, George succumbed to a debilitating illness, which was later diagnosed as Tuberculosis. He was evacuated from Gallipoli by Hospital Ship and admitted to No. 19 General Hospital at Alexandria, Egypt. George did not respond favourably to treatment and was evacuated by troop ship to the 3rd London General Hospital at Wandsworth, England, being admitted on 19 October, 1915.  The Medical Board ruled that he was unfit for Active Service, authorising his return to Australia for Discharge.

George embarked from Portland, England on the troop ship ” Runic ” on 7 November, 1915, disembarking at Fremantle on 21 December, 1915.  He was discharged as being permanently medically unfit for active service, on 31 May, 1916.

George resided  in Cottesloe, WA after retiring from Farming and became an influential and untiring worker within the community. He was awarded an MBE in 1964, recorded in the Supplement to the London Gazette dated 1 January, 1964 – ” George Campbell CURLEWIS, JP of Cottesloe, WA For Community and Welfare Services “. 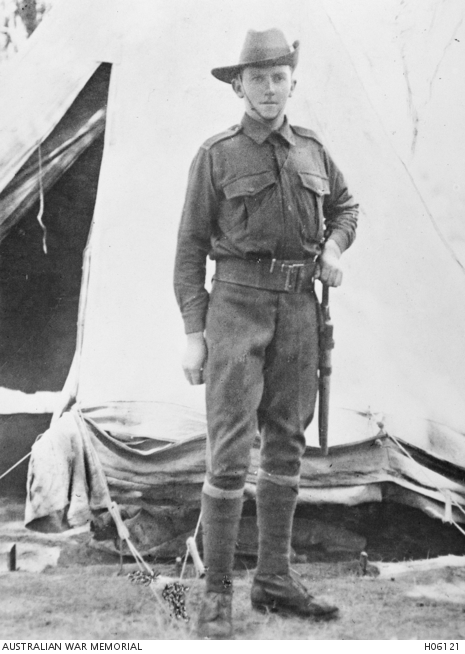 ( 2 ) – CURLEWIS,  Arthur Grenville, CORPORAL – S/N – 1004 – 12th Battalion-
Arthur was born in 1892 and was working as a Farmer at Brookton, WA, when he enlisted for War Service. He signed attestation papers, then completed a medical examination at Blackboy Hill Camp, WA on 17 September, 1914. George was allotted to ” H ” Company of the 12th Battalion at Helena Vale, with rank of Private.

On 2 November, 1914, Arthur embarked from Fremantle aboard the troop ship ” Medic ” bound for the Port of Alexandria, Suez, Egypt. He disembarked in Alexandria on 26 November 1914, being promptly transferred to the Overseas Training Base in Egypt. On 12 April 1915, he embarked via troop ship, with the Mediterranean Expeditionary Forces bound for the Gallipoli Peninsula.

Arthur survived the hectic Dawn Landing on 25 April, 1915 and the frantic early months of combat at Gallipoli, before being  promoted to the rank of Corporal on 12 July, 1915.  Sadly, he was to be severely wounded in action at the Battle of Lone Pine,Gallipoli, where he suffered gunshot wounds to the face and back, with bullets penetrating his chest and right lung. He was evacuated by the Hospital Ship ” Delta ” and admitted to No. 21 General Hospital Ras-el-Tin, Alexandria Egypt on 11 August, 1915. Unfortunately, during this hospitilization, he also contracted Pneumonia.

Although Arthur fought bravely to survive this trauma, he died at the No.21 General Hospital at 5.45a.m on 15 August, 1915, as a consequence of wounds received in action at Lone Pine, Gallipoli, eight days earlier. He was only 22 years of age. 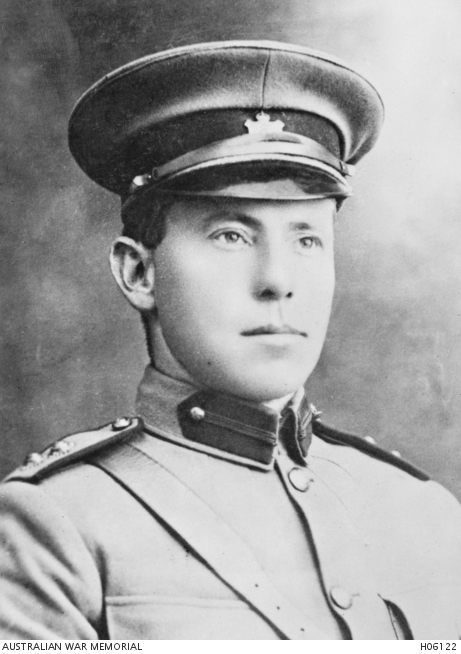 ( 3) –  CURLEWIS,  Gordon Levason , CAPTAIN – 16th Battalion-
Gordon was born in 1895, and prior to enlisting for War Service , had an extensive history with the Army Cadets. He had been in charge of Cadet Forces in Bunbury WA, serving initially as a Private, then being promoted through the ranks over time to Colour Sergeant. He had Commissions in 2 WA Regiments, before being promoted to First Lieutenant on 29 August, 1910. Gordon was employed as a Company Salesman at Hayward & Sons in Bunbury,  prior to his enlistment for War Service.

He was appointed to the  rank of LIEUTENANT with the 16th Battalion on 1 October, 1914, successfully passing his medical examination at Blackboy Hill Camp WA on 16 October, 1914. Gordon embarked from Melbourne, VIC on the troop ship ” Ceramic “, bound for Alexandria, Suez, Egypt on 22 December, 1914.
He disembarked at Alexandria on 3 February, 1915, then transferred to the Overseas Training Base in Egypt.

On 12 April, 1915 Gordon embarked Alexandria with the Mediterranean Expeditionary Forces, bound for the Gallipoli Peninsula. He formed part of the Dawn Landing forces at Gallipoli on 25 April, 1915, then survived the first week or more of mayhem, that was to prove to be the norm in the opening weeks of battle. On 2 May,1915 after being slightly wounded in action and remaining at his post, he was rewarded for his leadership qualities, being promoted to the rank of Captain, whilst in the field at Gallipoli. On 7 May, 1915 he was appointed ADJUTANT, in further recognition of his high standing within the 16th Battalion.

Tragically, 2 days later, on 9 May, 1915, Gordon CURLEWIS was killed in the fierce fighting at Quinn’s Post, Gallipoli. He was only 20 years of age.  ( His Brother Selwyn was Killed in Action, in the same location, seven days earlier ). 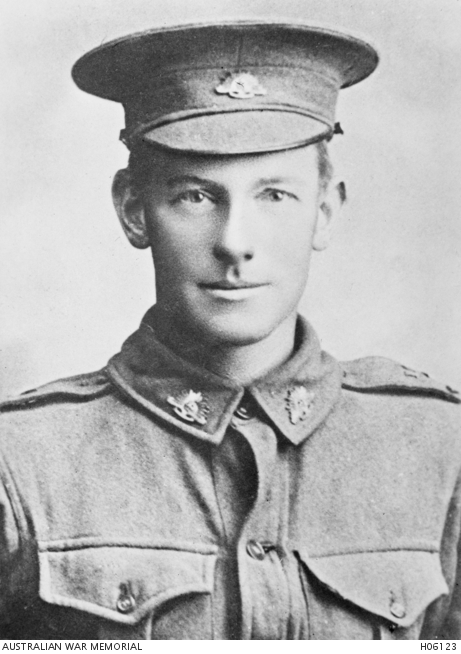 He was appointed to the rank of CORPORAL on embarkation from Melbourne, VIC on 22 December, 1914 aboard the troop ship ” Ceramic “, bound for Alexandria, Suez, Egypt. Shortly after disembarking at Alexandria , he was transferred to the Overseas Training Base in Egypt.  Selwyn embarked from Alexandria on a troop ship with the Mediterranean Expeditionary Forces on 12 April 1915, bound for the Gallipoli Peninsula.

He and his three Brothers formed part of the legendary Dawn Landing Party at Anzac Cove, Gallipoli on the morning of 25 April, 1915. Selwyn was fortunate to survive the first week of hostilities amongst the confusion that reigned around him and his fellow 16th Battalion mates. However, in the fierce and frantic action that ensued at Quinn’s Post on 2 May, 1915, Selwyn was  Killed in Action. Ironically, his Brother Gordon was to meet an identical fate at the same location, seven days later on 9 May, 1915.  Selwyn was 18 years of age.